Each year Australia and New Zealand commemorate what is possibly the most venerated period of their history. At dawn on the 25th April, 1915, off the coast of Gallipoli, tens of thousands of troops landed on the beaches in an attempt to push through to Constantinople. In prolonged fighting over 8000 Australian troops were killed and the campaign, though a significant defeat, ensured that Australian and Kiwi troops gained a reputation as being among the toughest fighters in the world.

A dawn services marks the beginning of a day when families, many of whom lost relatives, assemble at memorials throughout the two countries. The day starts in a solemn manner but later, following what is known as a Shotgun Breakfast in many halls and clubs,  lashings of bacon, eggs, hot tea and rum are served to anybody who cares to join in. Following this a parade of old diggers and sailors as well as younger military people march through towns. The day becomes a celebration.

I’ve been taking pictures of Anzac Day for about 36 years now, the first in 1977 in Perth but mostly in Fremantle which has a very homely and slightly  disorganised feel about it. The military precision is not quite as precise as the bigger events.

I have generally used the occasion to wander around and shoot a few street pictures, mainly to record the event but also to keep myself tuned up. Until recently I used a Leica M6 with a 35 or 50mm lens though the earlier pictures were made with an M2. Invariably I used film, initially Tri X, more recently T Max 400  but for the last couple of years I have used  a little Leica D Lux 5. I’ve found the 24-90mm (equivalent lens) and the B&W  jpg processing in the camera to be excellent.

Here’s a selection of pictures from this years event with a couple from previous years. 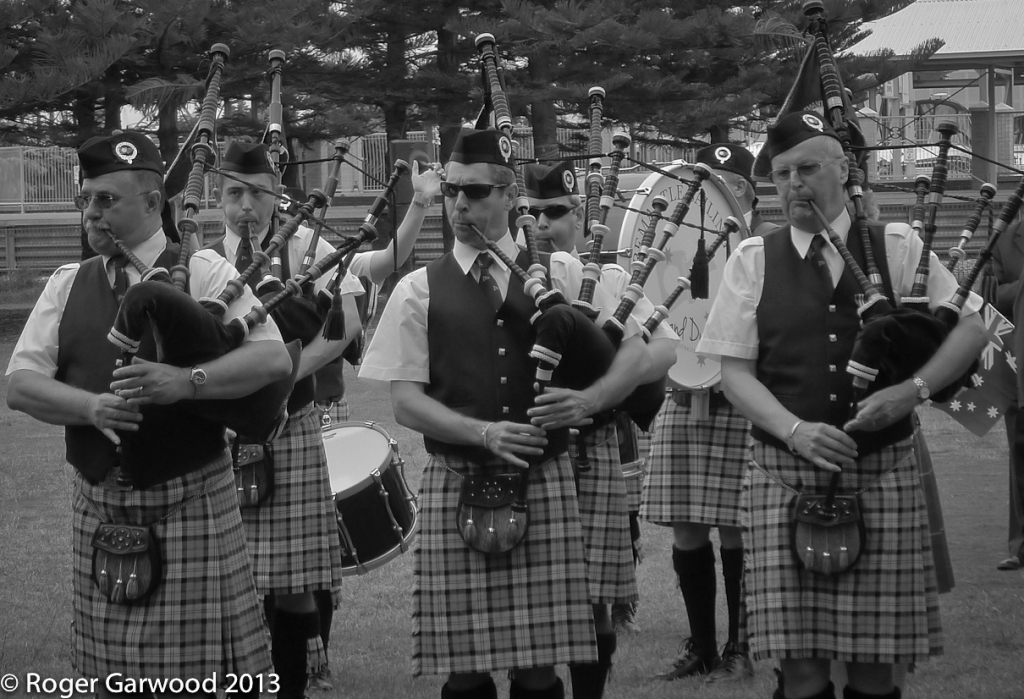 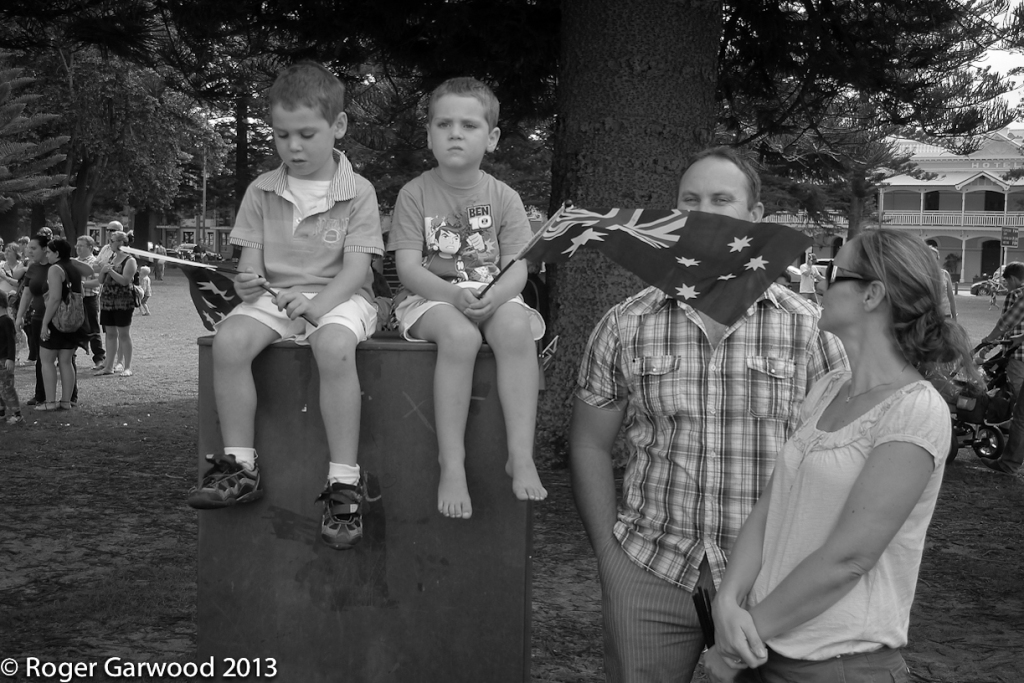 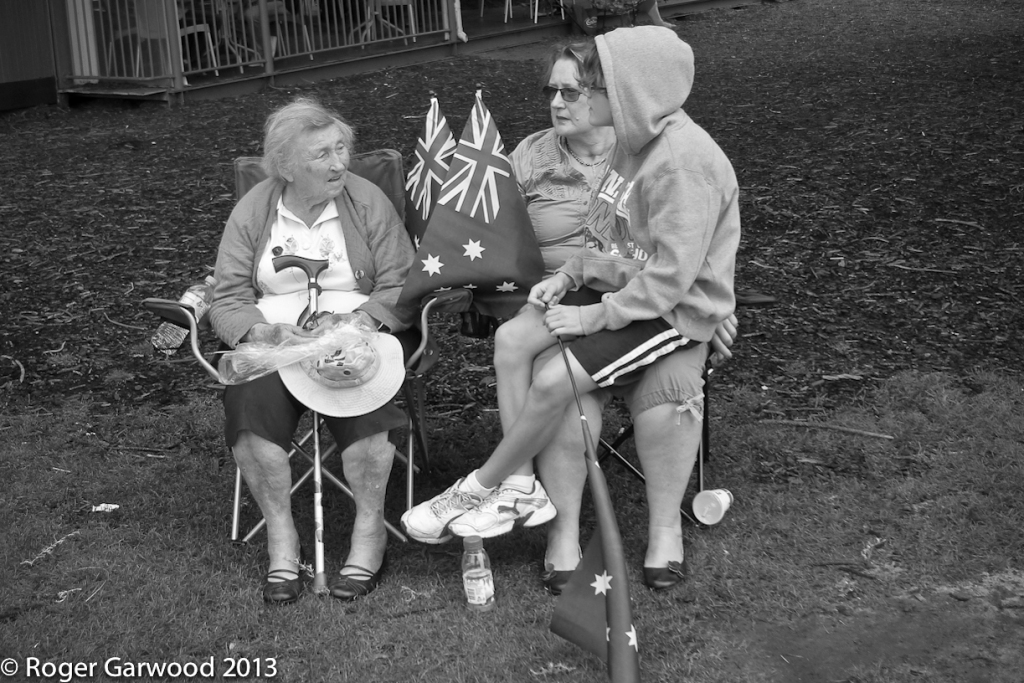 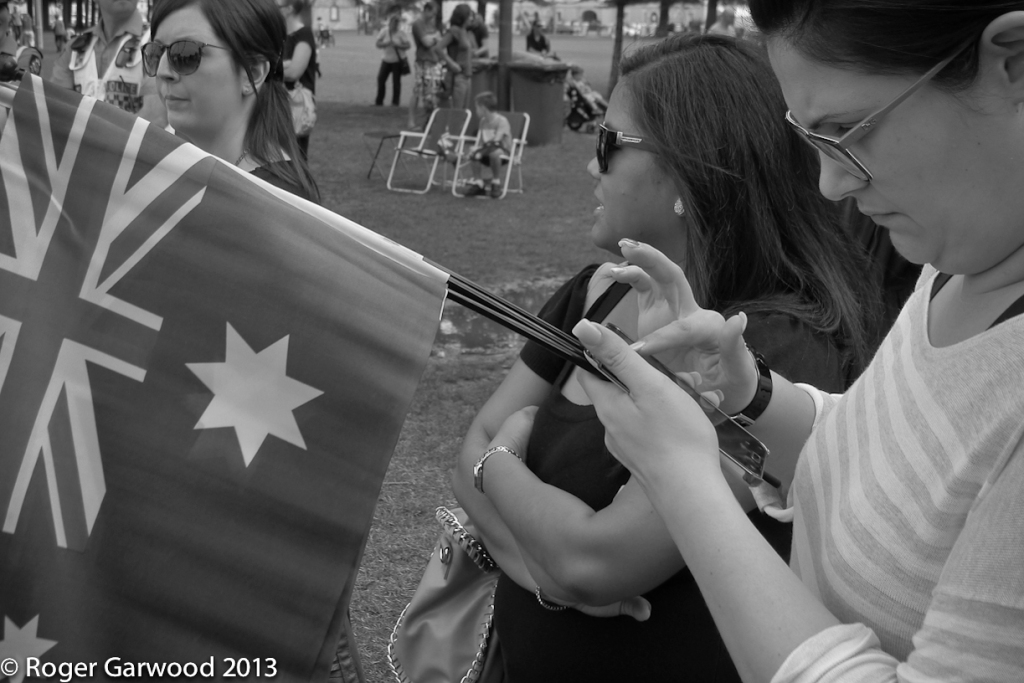 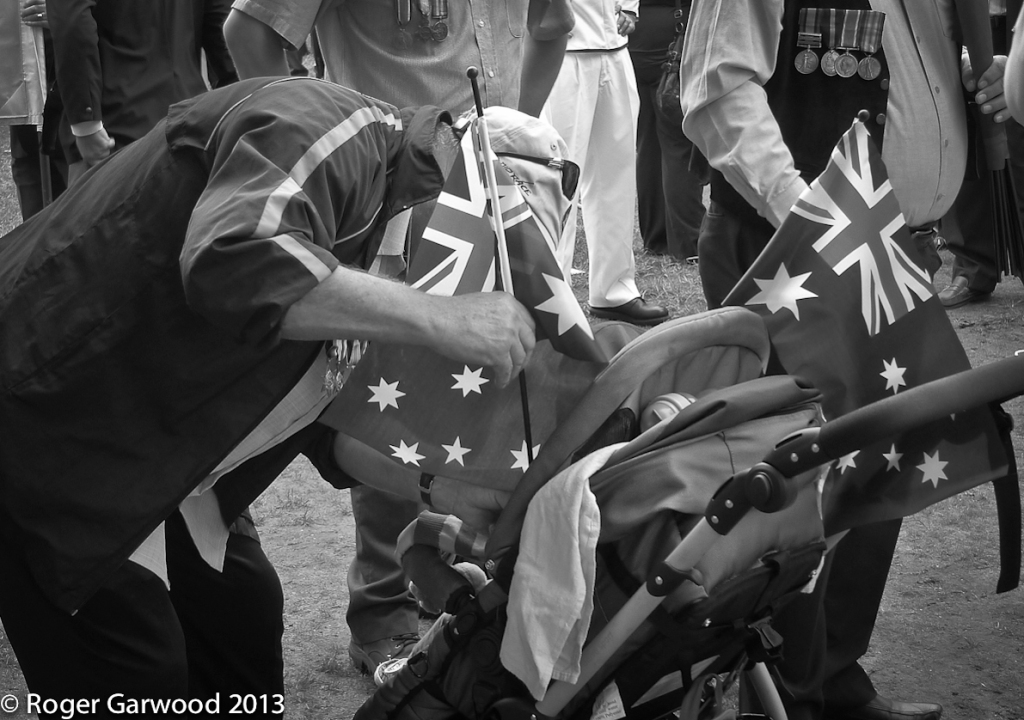 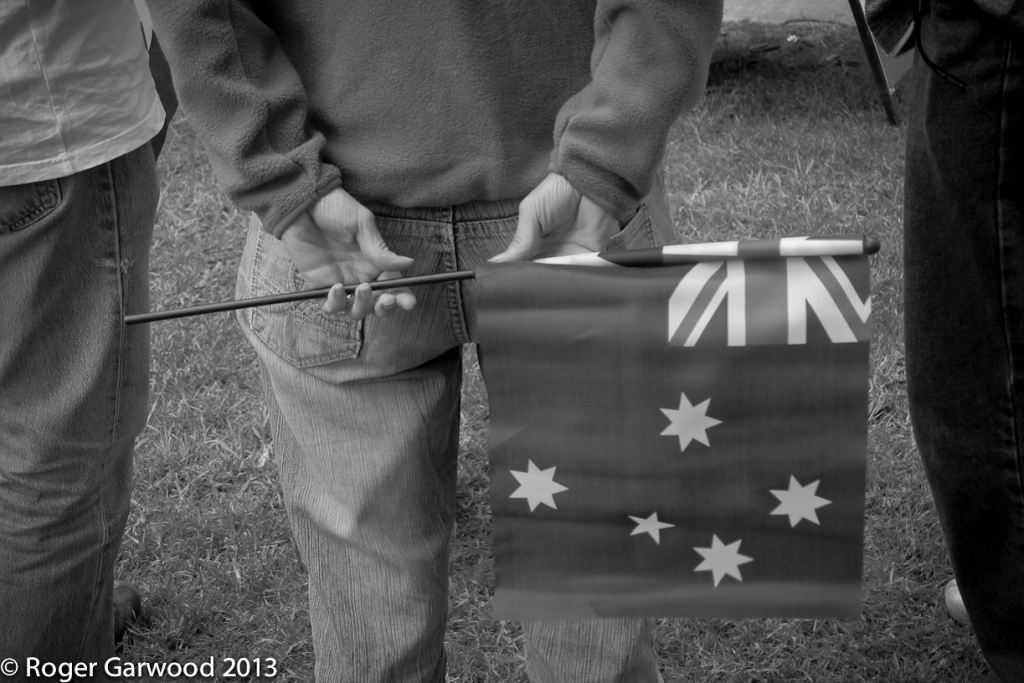 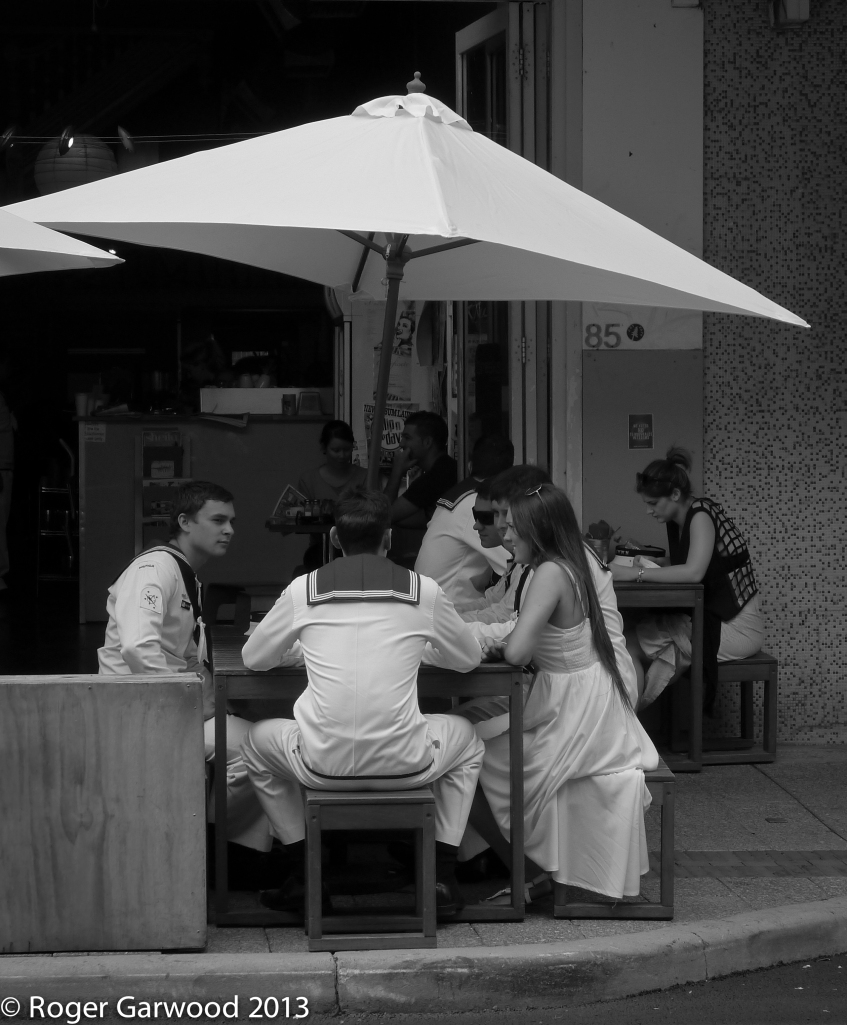 This shot was taken as the old fellow was being wheeled onto the parade ground. Just before he joined the parade he whipped out a hip flask and knocked back a sly swig or two. Can’t blame him really. 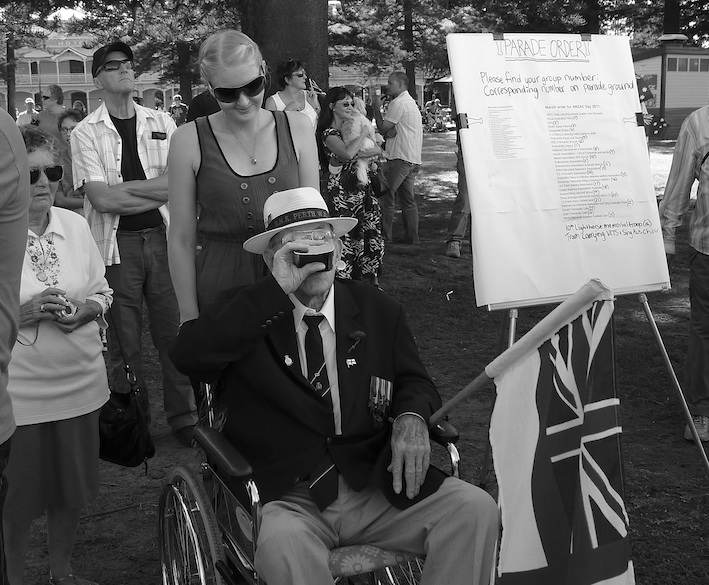 This is one of my favourite shot. Taken in 1977 at the Perth parade. This old digger had walked over to what I assume were his regimental flags, removed his hat and stood contemplating them for several minutes …..