I spent a few days nursing one of those damned head colds which cause victims to reach out for a bit of loving care and attention and, when they don’t get it, to reach for the ‘medicinal uses only’ whisky bottle. This was a half bottle cold.

Being one of those characters who always seems to find his bread falling buttered side up I had a friend bring around some beautiful home made soup and another who arrived with a bottle of whisky. Both of them made me wish I could have more colds to use as bait and attract these people more often.

The upside of colds is that they offer an excuse to meander through the files and dredge for forgotten pictures. 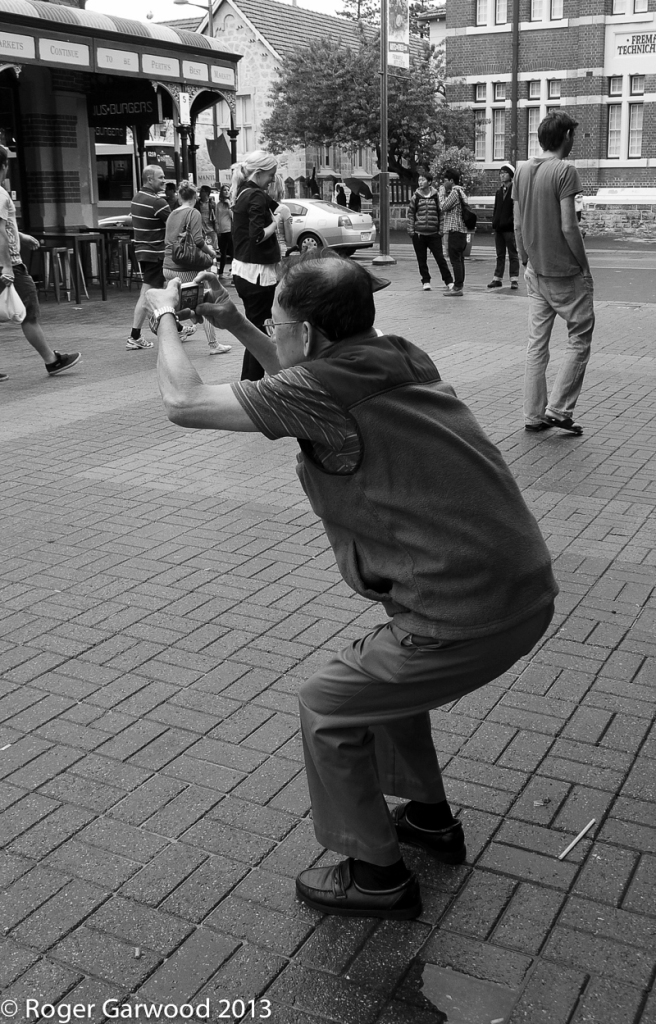 There’s something funny about photographers. They always take up a sort of crouch when shooting.Sometimes I’ve seen them stand on a chair, then they crouch a little which takes them down to their normal head height. 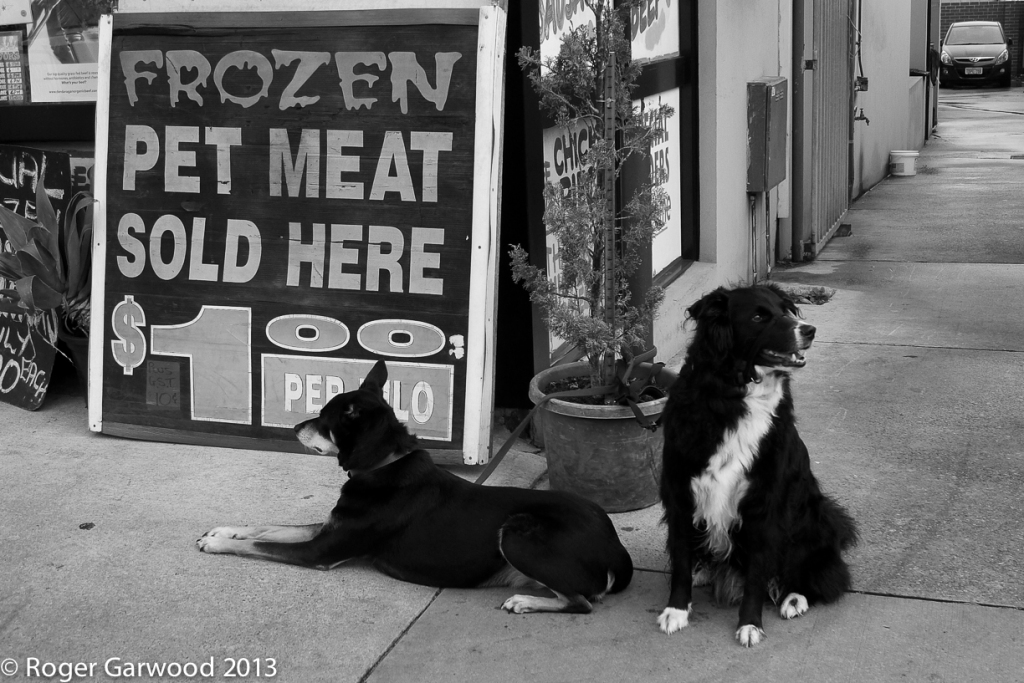 I was out shooting with my photo buddy Lidia D’Opera on what we termed a ‘pooch mooch’. Lidia was working on a book about dogs and I became a sort of deputy dog spotter. We both got this shot, how could you resist it? Check Lidia out at  http://www.lidiadopera.com.au and look for her books. 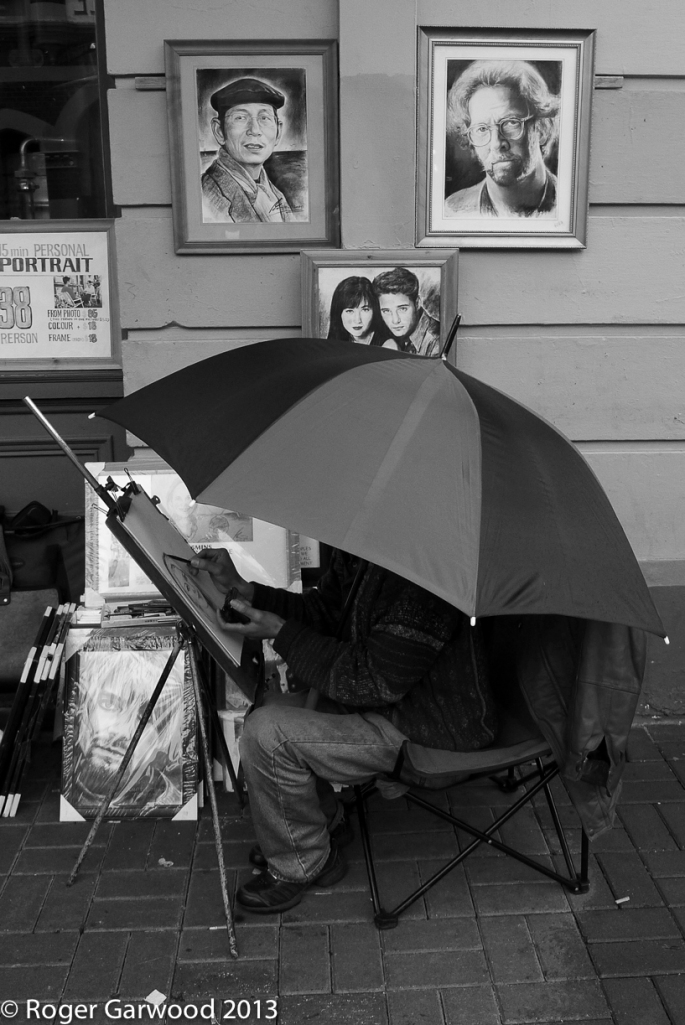 An artist working at Fremantle Markets. He’s there every weekend come hell or high water. The picture at the top left is a self portrait I think 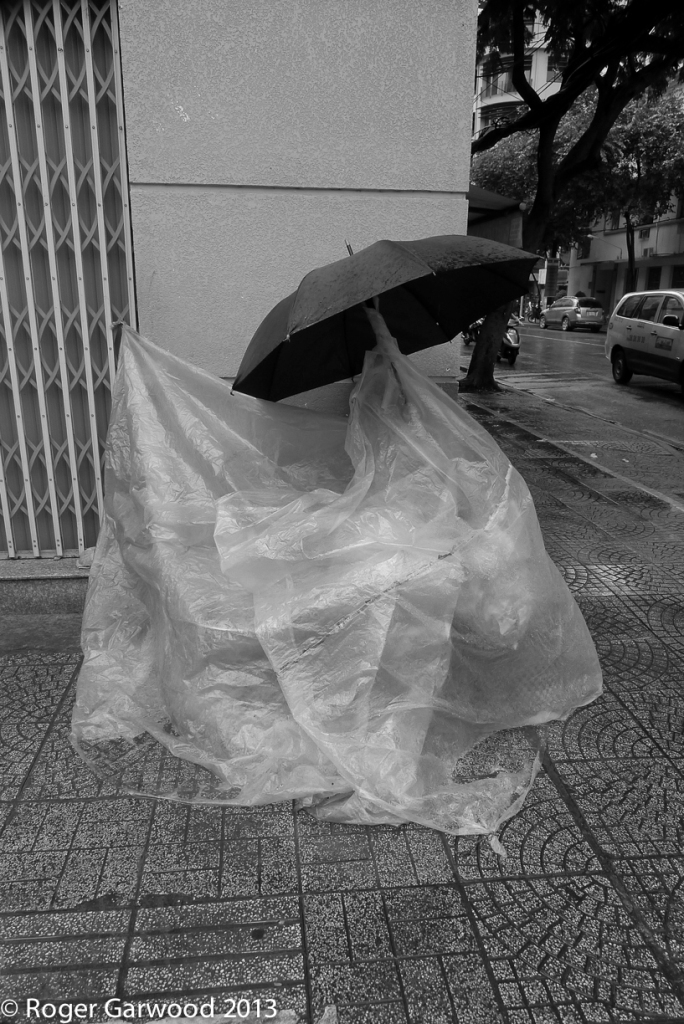 This was taken in Saigon. Somewhere under the plastic is a man selling newspapers. He’s sheltering from the rain. 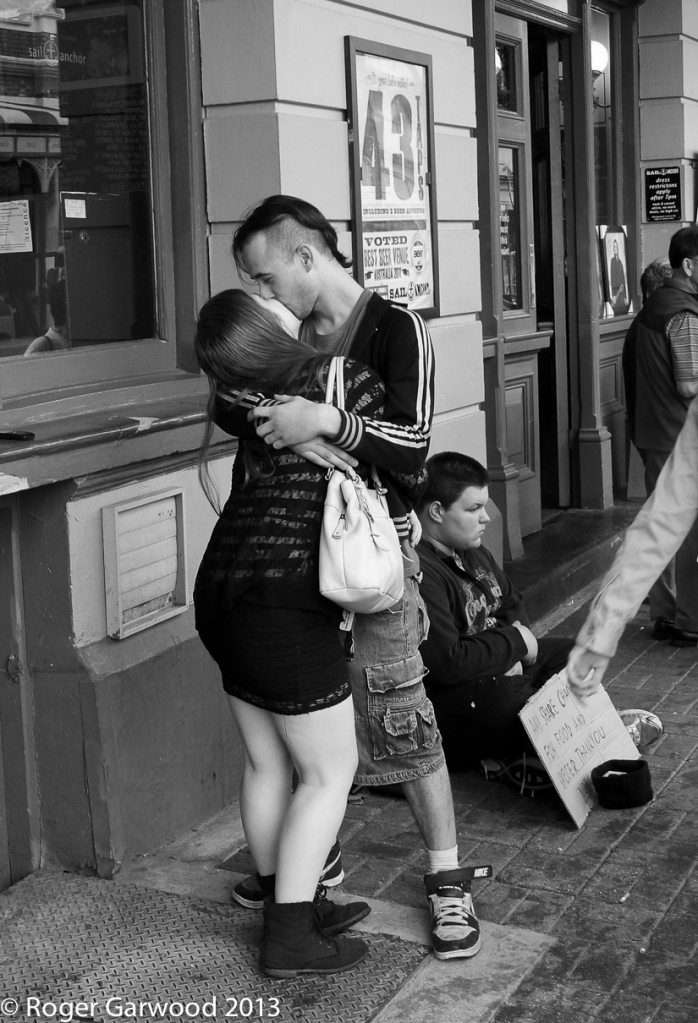 And this is a nice closing shot for now. I get the impression they were good friends.

4 thoughts on “Back to the Streets”